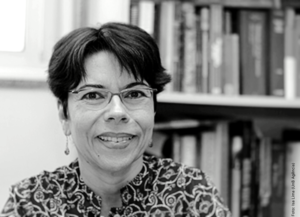 Titular Professor
Professor at the University of Brasilia (UnB), member of the Brazilian Academy of Sciences and currently one of the main references in the Cerrado biome.  Working mainly in the area of ecology of ecosystems in particular in themes related to changes in land use, biogeochemistry and global environmental changes. She was co-coordinator of the chapter on “Agriculture, Forestry and Other Land Uses” of Working Group III: Mitigation of the 5th Report of the Intergovernmental Panel on Climate Change (IPCC). Internationally, Mercedes was a member of the Scientific Committee responsible for reviewing the United Nations Environment Program (UNEP) report on nitrous oxide (N2O), representative of Latin America in the International Nitrogen Initiative (2010-2013) and member of the Scientific Committee of the International Geosphere – Biosphere Program (IGBP) from 2007 to 2012 and the Biosphere – Atmosphere Program in the Amazon (LBA). In scientific and educational policy management, she has contributed as General Coordinator of Ecosystem Management and Director of Policies and Thematic Programs in the Ministry of Science, Technology and Innovation (2010-2013), Director of Brazilian Programs and Scholarships of Coordination of Personnel Development (CAPES, in Portuguese) and member of the Advisory Committee of the Ecology and Limnology of CNPq.